The ATO has issued a decision impact statement on a recent decision that determined whether an SMSF was liable for GST on the sale of subdivided lots. 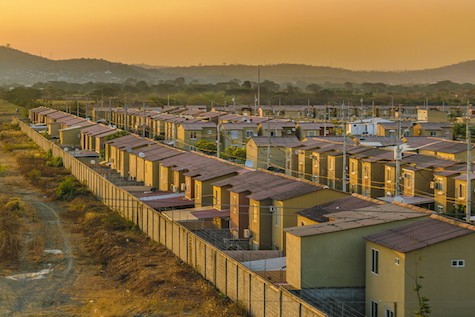 The case examined whether the applicant, the trustee of an SMSF, was liable for GST on sales of land it caused to be subdivided into 11 lots.

The members of the SMSF, Mr and Mrs Collins, had held two acreage lots of land since 1986 and 1992, respectively. These were used for a nursery and then later leased to a tenant from 2004 for a four-year term with two 4-year options to renew.

In August 2008, an offer from the tenant to purchase was rejected by Mr and Mrs Collins. The tenant remained in possession and exercised the second option to renew in 2012.

From 2014, Mr and Mrs Collins engaged experts to obtain approval to subdivide the parent lots. Subsequently, in 2014, they sold the parent lots to their SMSF.

The applicant was registered for GST and continued to lease the parent lots to the tenant.

Shortly after acquiring the parent lots, the applicant submitted a development application to council, seeking to subdivide the land into 11 community title rural residential lots and one community association lot. Development approval was granted on 23 February 2016. On 21 March 2016, the applicant notified the tenant to vacate at expiration of the lease on 27 August 2016.

The applicant then cancelled its GST registration with effect from 1 October 2016 and proceeded to finalise the subdivision, using contractors.

A plan of subdivision was registered on 16 June 2017. The applicant sold 10 residential lots in the period June 2017 to November 2017. The remaining lot was transferred to Mr and Mrs Collins in June 2018.

The ATO explained in its statement that the sole issue for determination was whether the sale of the lots was to be disregarded under section 188-25 from the applicant’s GST turnover for the purpose of meeting the registration turnover threshold in section 188-10.

Although it was carrying on an enterprise pursuant to paragraph 9-20(1)(da), the applicant argued that it was not required to be registered for GST as the proceeds of sale of the subdivided lots were excluded from the GST turnover under section 188-25.

The Commissioner of Taxation submitted that the sales were not supplies of capital assets and that neither limb of s 188-25(b) applied.

For section 188-25 to apply, the ATO stated that the applicant needed to prove that its projected sales of the land were supplies made, or likely to be made:

·       Solely as a consequence of substantially and permanently reducing the size or scale of an enterprise.

The ATO noted that this was the first case where an interpretation of the three limbs of section 188-25 of the A New Tax System (Goods and Services Tax) Act 1999 had been considered.

In its decision, the tribunal held that, for the purpose of paragraph 188-25(a), the character of an asset must be determined at the time the supply is made or is likely to be made.

“Section 188-25 only arises for consideration where the supply is or would be made in the course of an enterprise the taxpayer carries on. The tribunal accepted that the applicant’s intention or object at the time the asset is acquired is not determinative and is of less significance than it is for the purposes of the capital versus revenue dichotomy in the income tax context,” the ATO explained in its statement.

“The tribunal, in determining the character of the asset supplied, held that the applicant’s property development undertaking amounted to more than a mere realisation of the property in an enterprising way. The tribunal relied on Commissioner of Taxation (Cth) v Whitfords Beach Pty Ltd [1982] HCA 8 in concluding that development of the applicant’s land involved substantial works in the way of planning, development and improvement of the land.”

While the applicant had no professional experience in land development and was relatively passive in respect of the development activities, the tribunal considered that the engagement of contractors to undertake extensive skilled work was “a hallmark of modern subdivision projects’ and did not point to mere realisation”.

Similarly, the tribunal considered that the applicant’s choice to sell vacant land, rather than construct housing for further profit, did not assist in determining the character of the assets sold. The tribunal found that the supplies of the subdivided lots were not the transfer of capital assets.

It also considered that the purpose of paragraph 188-25(b) is to exclude from consideration the value of projected supplies that are outside the usual run of transactions, which, if included, would distort an assessment of the scale of an entity’s enterprise.

The tribunal determined that the applicant’s approach under either limb of paragraph 188-25(b) would mean that land developers could escape GST on land sales transacted in the ordinary course of their business as being made solely as a consequence of ceasing or substantially and permanently reducing the size or scale of their enterprise.

In its statement, the ATO said the tribunal’s interpretation of the exclusions in section 188-25 from the projected turnover and its reasoning are consistent with the Commissioner’s view set out in Goods and Services Tax Ruling GSTR 2001/7 Goods and services tax: meaning of GST turnover, including the effect of section 188-25 on projected GST turnover.

“This case illustrates that the GST liabilities of a complying super fund turn on the requirements for registration, as the enterprise test in paragraph 9-20(1)(da) will always be satisfied,” the Tax Office stated.

“The case is a reminder that the activities of some entities are deemed to be an enterprise requiring only the turnover threshold for registration to be considered.”